Slowly getting back to it

Been away from brewing anything since that killer stout last winter. A bit chastened by a failed dopplebock, I have spent a few months going through all my recipes and converting them to 5 gallon recipes and fine tuning the hops and grain bill calculations.

I also just built a yeast stir plate and replumbed my mash tun cooler. I only bought one part for the stir plate - a potentiometer to slow the fan down.  The parts used were a wooden cigar box from a friend, an old PC provided a fan, hard drive magnets, and an old cell phone..the power cord with transformer. Throw in some gorilla glue, a few wire nuts and odd screws and slap it all together.  Here it is with the fan mounted to the lid before I added the potentiometer to slow it down. 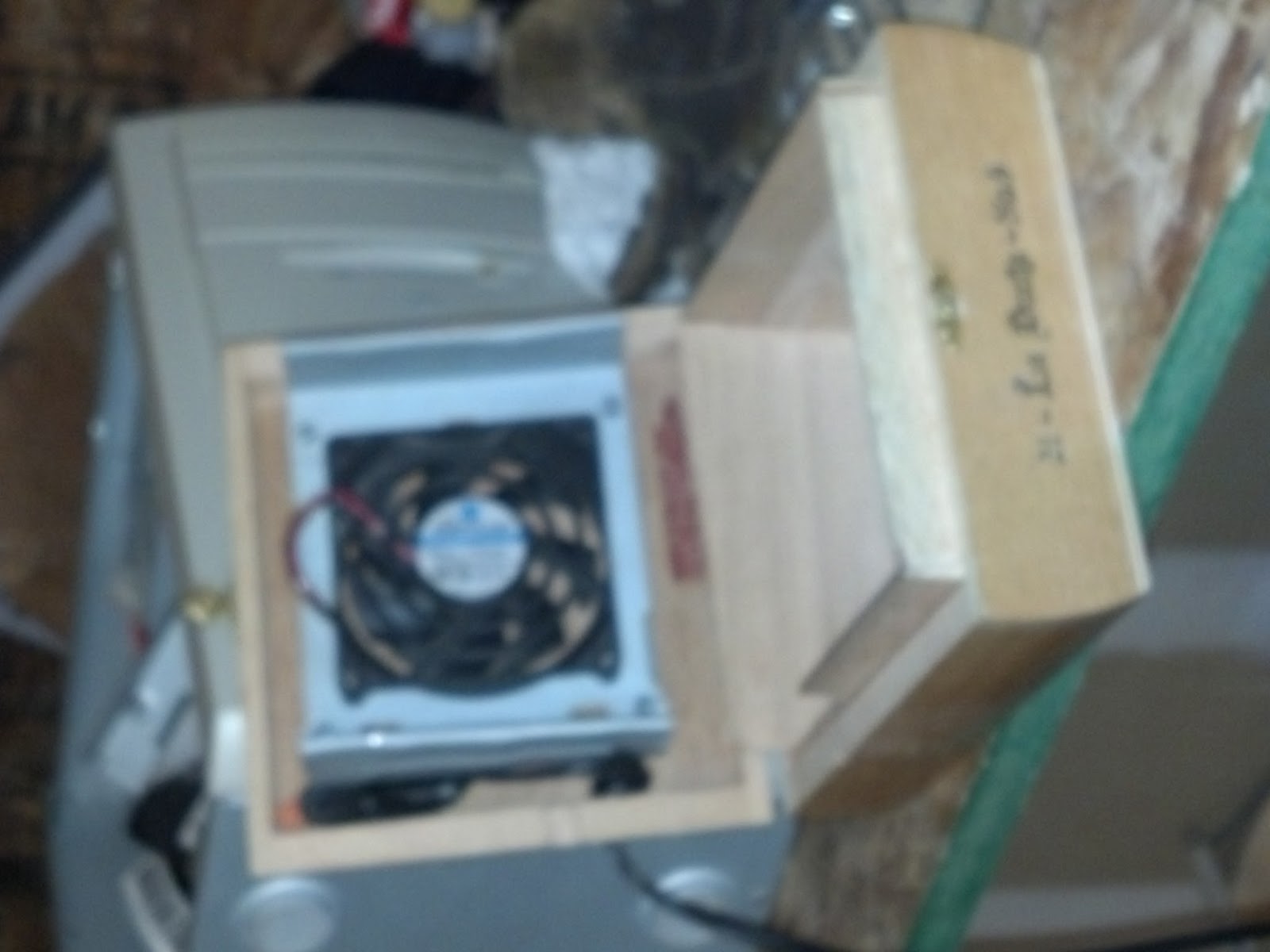 For the mash run I had been using plastic hose clamped onto the existing cooler spigot but it wasn't sturdy enough. Tore that spigot out and replaced it with a nipple, two washers and two bushings and reattached the valve to the outside bushing. 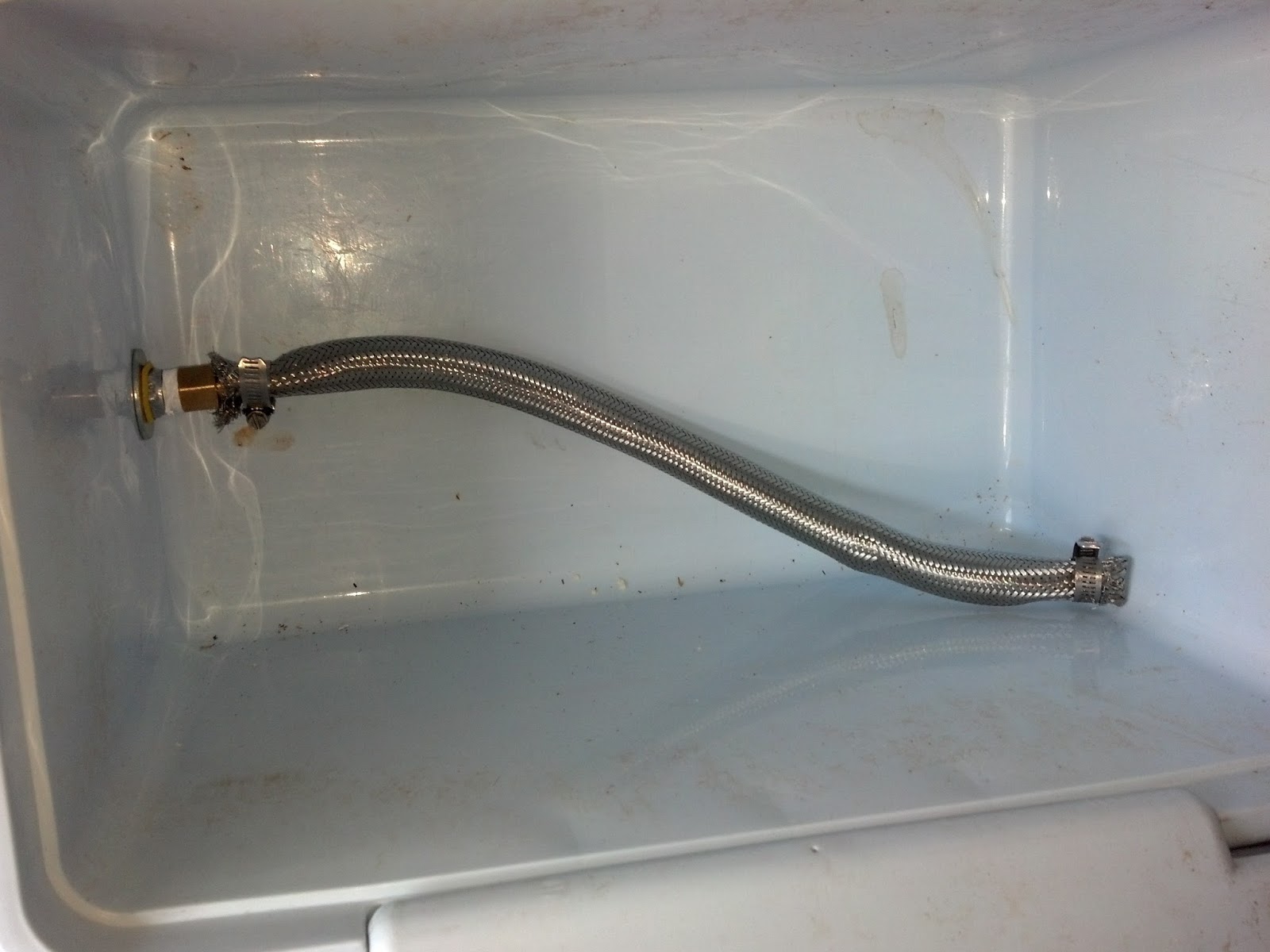 I also cut a piece of half inch tubing and pushed it onto the special tube fitting and clamped it on the braid I had before from the hose I had taken apart. 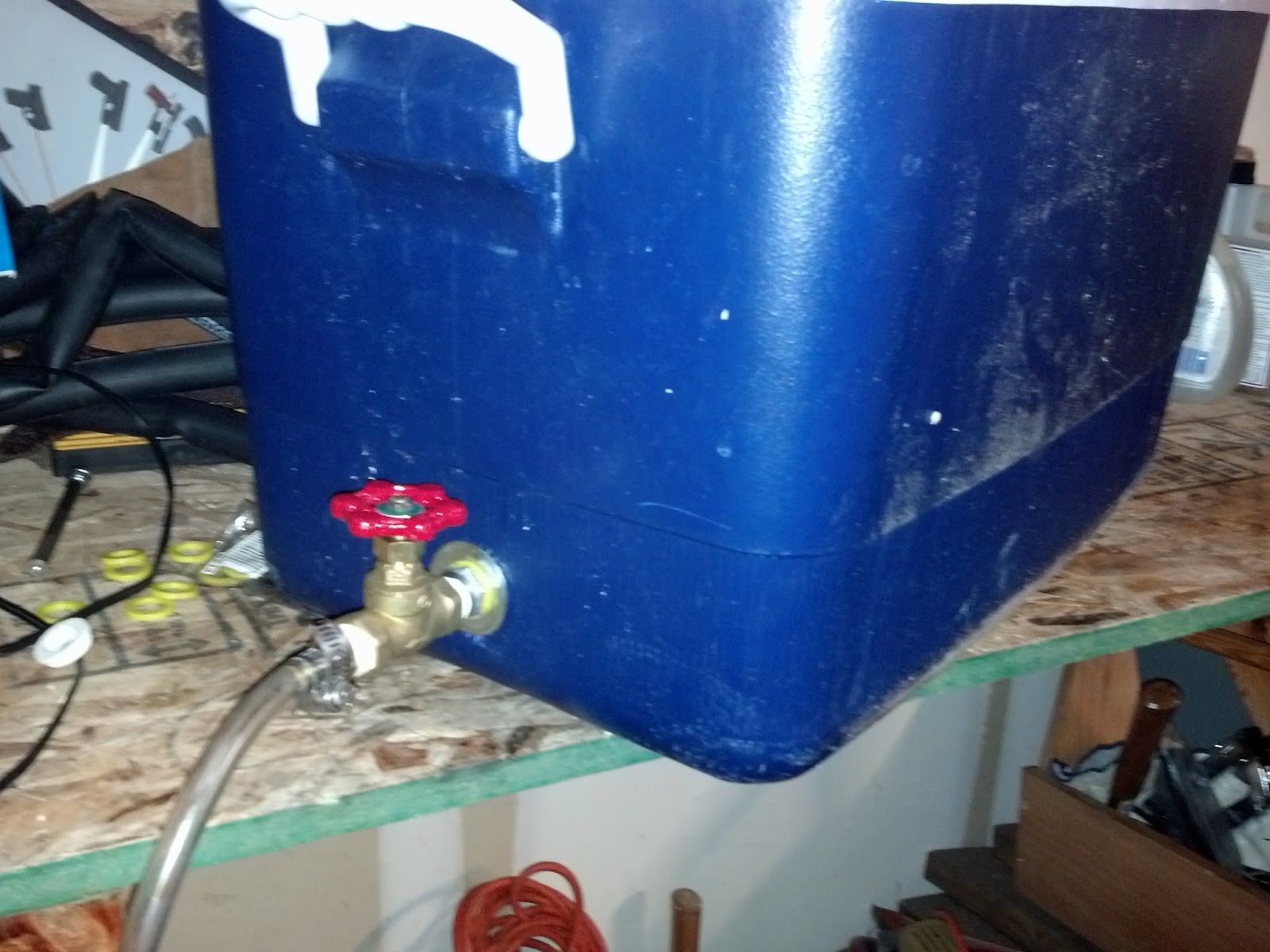 Next I want to pick up an aquarium aerator and a submersible pump to use in an ice bath to feed my wort chiller. The hose water here is too warm to chill the wort quickly or low enough.